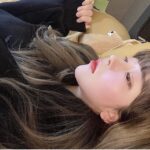 WHY MANY OF FANGIRLS LOVES A KOREAN GUY?

What are the benefits of dating a Korean man?

Dating a Korean guy must be a fascinating idea for you for different reasons. You’ve probably fallen in love with the South Korean guys that croon K-pop songs and star in a K drama. Or perhaps, you’ve met somebody while you’re visiting Korea that you’ve become quite smitten with. ^__^

Between differences in South Korea’s dating culture and social norms from those of other cultures, there are definitely some things you need to be aware of to ensure your success.

There are a million reasons for learning the Korean language. Apart from the famous moviesand music, it would allow you to travel through South Korea and speak to the interesting people you meet. As a bonus, you’ll also be able to understand what you’re ordering the next time you’re in a Korean restaurant and understand the words on signs that you see.

The culture in South Korea is a little bit different than in many other countries in the early stages of dating. In the culture of most Western countries, a guy will approach their potential date when they’re interested and strike up a conversation, even if the person is a stranger.

A girl should be two things: classy and fabulous. Just like her!