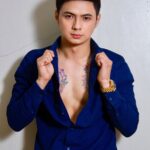 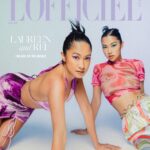 THIS VIRAL GROUP IS RISING: SB19

In recent years, Korean pop or simply K-Pop, a genre of pop music that originated from South Korea, has developed quite a huge gloal following that includes the Philippines. No surprise there since K-Pop acts have devoted months, even years of training to capture audiences’ imagination with breathtaking, tour de force song-and-dance performances.

By taking the K-pop formula and making it entirely their own, one Filipino boy band recently found its own niche. With their own sub-genre called P-Pop, Justin, Sejun, Ken, Josh and Stell, collectively known as SB19, has become a big hit with music fans not only from the Philippines but even those based in, yes, South Korea.

At first glance, SB19 looks like any other K-pop group. Their aesthetics and musical style pretty much screams K-pop except that their songs are sung mostly in Tagalog and English.

When asked about this, the boys firmly state that they are not copying K-pop groups, they were  simply just trained in the Korean way.

The boys underwent three years of training with ShowBT, a Korean entertainment company that recently opened a Philippine arm in 2015. Training to be an idol is demanding in Korea, as it also prepares them to compose their own songs and choreography. Lead rapper Josh stated that their training mainly consisted of daily vocal and dance training that lasts for nine hours six times a week. As rigorous as it sounds, the boys said they have embraced this strict work ethic, stating that it made them “better persons.”

Defining the Age of Influence