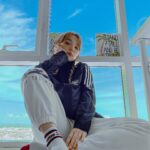 VIRAL INFLUENCER DELETED THEIR YOUTUBE CHANNEL BECAUSE OF THE TAX??

First of all, Who is JaMill and What is the Secret Behind Their YouTube Success?

You can’t talk about succesful Pinoy YouTubers without talking about Jayzam and Camille, the no-filter duo more popularly known as JaMill. From launching their channel in 2017, the two have gone a long way and have since completed their long-awaited house in Nueva Ecija. (The journey was fully-documented on their channel btw.)

Here’s what we know about the couple so far:

Who are Camille Trinidad and Jayzam Lloyd Manabat

Known together as JaMill, Camille Trinidad and Jayzam Lloyd Manabat are two of the most famous YouTubers in the country. They started their channel three years ago, and has since gatherd over 12 million subscribers as of writing. Jayzam grew up in Binangonan, Rizal while Camille is from Gapan, Nueva Ecija.

JaMill’s YT account was the fastest channel to reach a million subscribers in the entire Southeast Asia.

According to a report by  ABS-CBN.com, they also have over a billion total views on their channel and was ranked as the number one local “YouTube Vlogger” in the Philippines.

They take their jobs as YouTubers seriously.

The couple’s popularity pretty much grew overnight, which can be extremely overwhelming for anyone. But their humble beginnings is something they will never forget, and is one way for these content creators to ~stay grounded~.

BUT WHY DID THEY DELETE THEIR YOUTUBE CHANNEL? IS IT BECAUSE OF THE TAX IN PH?

The Bureau of Internal Revenue (BIR) in the Philippines announced on PTV-4 that they will still run after a YouTube vlogging couple even after they deleted their channel.

BIR said that deleting their social media channel will not excuse them from paying taxes.

According to the government agency, the couple, who the agency did not name, earned P50 to P100 million from YouTube in the past two years. BIR believed that they deleted their channel to avoid paying taxes.  BIR sources said that the couple deleted their channel days after BIR Commissioner Caesar Dulay announced that social media influencers earning from YouTube and Facebook should pay taxes.

Recently, YouTuber couple Camille Trinidad and Jayzam Manabat, most popularly known as “JaMill,” deleted their channel to allegedly fix and focus on their relationship.

In her Twitter account, Camille bid goodbye to their 12 million YouTube followers and said that they are now signing off, but their relationship will be forever.

INFLUENCER AT A YOUNG AGE: NATALIA